Hi there, i expended many many hours looking a way to use the aircrack-ng in the Linux Kali in Parallels. But with out success. Searching on google, the alternative was buy a usb wifi, but i didn’t and now i’m using the aircrack-ng natively on mac. For crack wifi passwords, fallow these steps. ☠️ 1. Install the brew: Maybe you already have the homebrew installed in your mac, but if not, INSTALL RIGHT NOW!!! The homebrew is like the linux apt-get, and will provide to you things that the apple don’t.

I can use internet and surf on the web but now the problem is that when i try to put it in monitor mode by # airmon-ng start wlan0, there are some. Npc-106 drivers for macbook pro.

Check if your wifi are turn-in and let’s see wifis that are close. Airport -s This is the list of wifi able. Are three important information that we need look for, the RSS, channel and BSSID. Chose the connection with less RSSI, the less is better. In this case i’ll crack the last one. Turn-off your connection but maintain the wifi turned-in.

If you don’t do, the interface en0 will be active and busy. Airport -z 4. Capturing a four way handshake: Sniff the channel selected. Airport sniff This command will sniff the traffic on channel and log on tmp folder. You can see the log file with: ls /tmp/airportSniff.cap Get the name of the file because we will use them in the next step. This file is very important because it will contain the hash captured by the handshake. And the brute force will try broke this hash comparing with each line of the wordlist file.

Forcing a handshake with deauth – (Death Authentication): On Kali we can use the aireplay command, but on mac we don’t have this tool. My suggestion is the. With this software you can make a death authentication attack and force a auto 4way handshake. Just press Scan, chose the target and press Deauth to restart all connections. Chose the network press JAM, Do it! and Done.

Starting the brute force by CPU: Use this command: aircrack-ng -1 -a 1 -b -w The first information are about the tries, and the second one will show each word of your wordlist that has been try. And a long time after The Key FOUND! So, enjoy it. Getting out: To turn off the monitoring mode kill airport the process. If it dosen’t work check if the JamWifi are scanning, you need close it. And it’s it, good look for find a wifi with a poor password and review your pass. 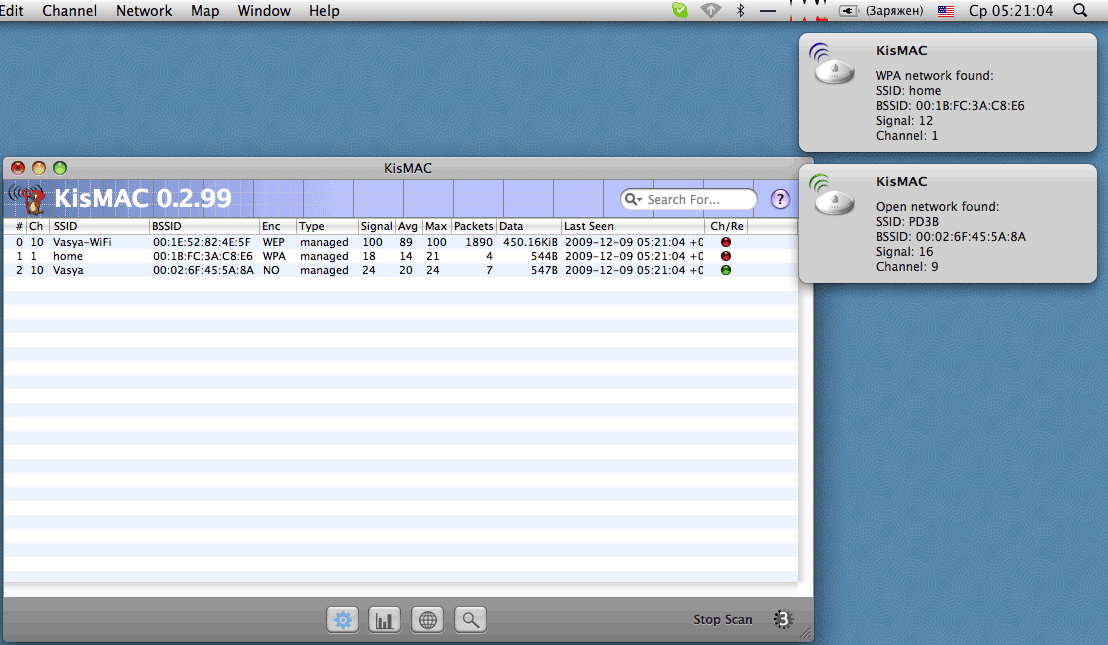 HI, thanks very much for your guide! Everything works for me until I get to the step “airport sniff “. When I enter this command with the correct variables I first get the (correct) response: Capturing 802.11 frames on en0., but then I get the response “Segmentation fault: 11”.

I still get a file output to /tmp/airportSniff.cap, but when I run the command “aircrack-ng -1 -a 1 -b -w ” I get the response: Opening /tmp/airportSniff.cap read(file header) failed: Undefined error: 0 Read 0 packets. 0 potential targets No matching network found – check your bssid. Any ideas what is causing this Segmentation fault Like.

We teach you how to do it, use it at your own risk. You would just get an alfa. I have both, the alfa neh, and the alfa nha. Yes, it would be recommended to run through a vm, i.e. The wifi adapter doesnt have to be compatible with osx OR aircrack. However, what your question should be if it would be capable to do packet injection.:) but the cards i mentioned above would be good.

Dont do dualbooting as suggested. It would be a pain in the ass for you to do. There is no wrestling with wifi adapters neither, unless you have some chinese knockoff that has like no drivers what so ever. The only problem you would run into is enabling the usb3.0 in the vm, then it would stop the vm from seeing the wireless card.

Not sure what he ran into, but I can assure you that you'll be alright.