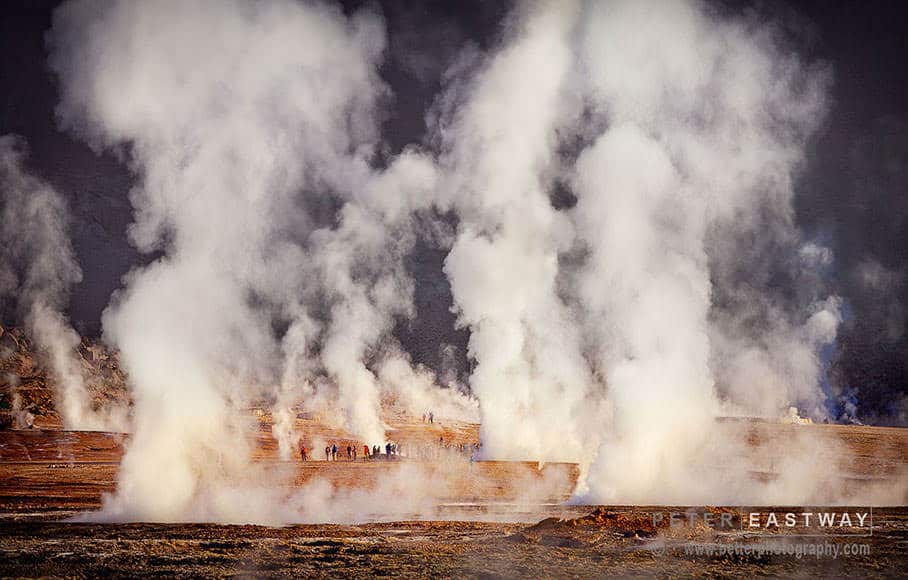 FNZIPP, FAIPP Peter Eastway is an Australian photographer known internationally for his landscape photography and creative use of post-production. A practising professional, he shoots editorially (mainly for Better Photography magazine) and works selectively in advertising and portraiture. Peter has been involved in photographic magazine publishing for over 30 years, establishing his own title, Australia's Better Photography Magazine, in 1995. As a result, Peter and his websites are a wealth of information on how to capture, edit and print, offering tutorials, videos and inspiration for amateur and professional photographers. Peter’s work has been published and exhibited internationally over the past 40 years. He was the author of the Lonely Planet’s Guide to Landscape Photography.

How To Win Photo Competitions by Peter Eastway www.betterphotography.com Page 4 Sometimes the subject of a photograph can be really small in the frame or is hidden away in the shadows or a busy background. Peter Eastway An atelier is a studio or a space, especially for an artist, a designer or these days, a photographer. And traditionally, the way artists and photographers learned was by working under the watchful eye of a more skilled artisan, often in an atelier.

His photography has featured on the cover of the Lonely Planet’s guide to Australia, in articles in the Qantas inflight magazine, and in an international Apple television commercial. And he has worked with Phase One researching and promoting its high-end medium format cameras and Capture One raw processing software. He was one of the featured photographer in the Tales By Light television series aired on the National Geographic Channel in Australia and produced in partnership with Canon Australia. It can currently be viewed on Netflix.

More recently he won the 2009 Kodak Award of Distinction at the international WPPI Print Competition held in Las Vegas, USA; and the AIPP NSW Landscape Photographer of the Year 2013. Peter’s early landscapes were primarily black and white, carefully printed and toned, but with the advent of digital photography, he is taking a leading role internationally, creating a New Tradition of high quality imagery, and speaks about ‘invisible Photoshop’. He is an ambassador for a number of international photography brands, including Canson, Eizo, Epson, Momento Pro, Nisi, Phase One, SanDisk, The Edge Photo Imaging, Wacom and Zenfolio. Peter speaks nationally and internationally on topics including landscape photography, Photoshop techniques, publishing and the business of professional photography. Peter is in his fifties, rides a short surfboard, believes two skis are better than one, and in case you're buying him lunch, he is vegetarian. Contacts: Peter Eastway PO Box 351 COLLAROY BEACH NSW 2097 AUSTRALIA Phone +61 2 9971 6857 Email This email address is being protected from spambots. You need JavaScript enabled to view it.