Animate objects in a Keynote presentation To make your presentation more dynamic, you can animate the text and objects on a slide. For example, you can make text appear on the slide one bullet point at a time, or make an image of a ball bounce onto the slide.

Object animations are called build effects. Different build effects can be applied depending on whether the object is a text box, chart, table, shape, or media (photo, audio, or video). Moving an object onto a slide is building in. Moving an object off a slide is building out. Tap an object, then tap Animate. Tap Build In to move the object onto the slide, or tap Build Out to move the object off the slide.

How To Do Animations On Keynote For Mac 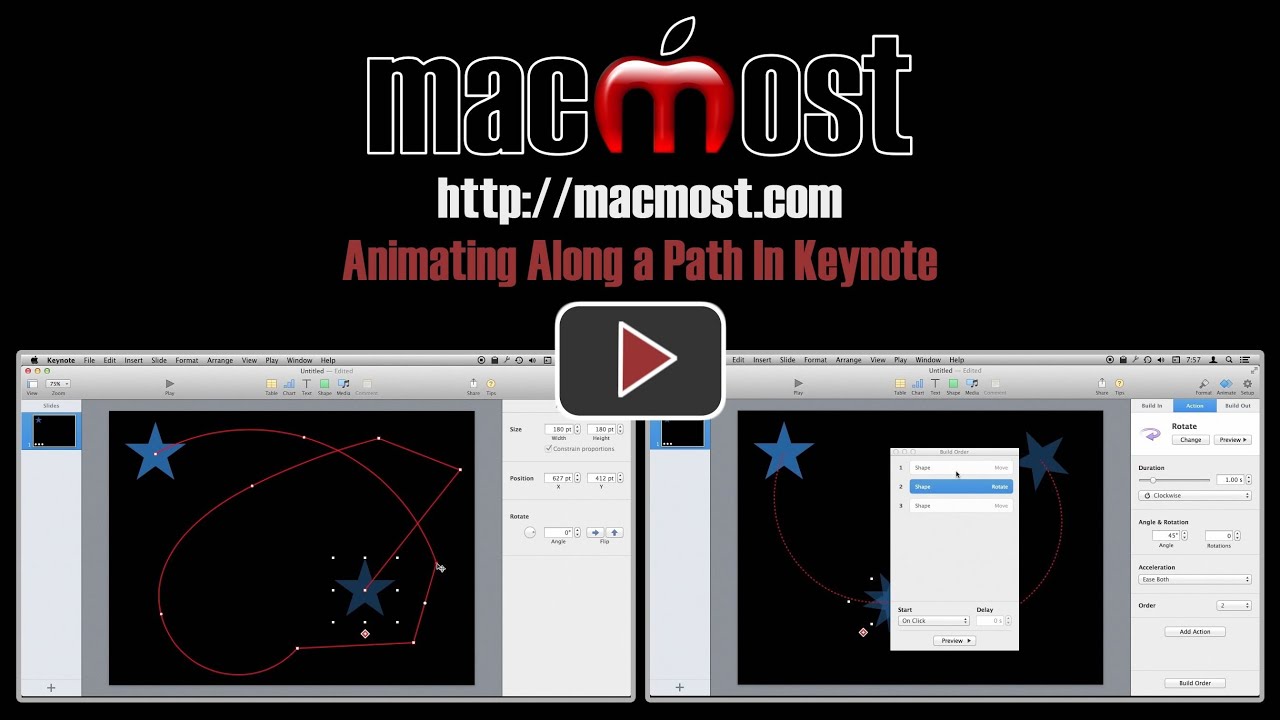 You can apply both types of builds to an object. Tap the build effect you want; scroll to see them all. To preview the build effect, tap Play at the top of the list. To set the duration, direction, and other settings, tap Options below the Build In or Build Out list, then use the controls to make changes. Tap Done in the upper-right corner of the screen.

To see at a glance which slides have object builds, tap, then tap Transitions and Builds. In the, any slide with an object build has three circles in the upper-right corner. You can change the order in which the builds appear for all animated objects on a slide, and specify when they appear in relation to each other (for example, they may appear simultaneously or one after the other). You have a lot of flexibility in how you order your builds.

You can also adjust these settings by tapping Options and scrolling down until you see the settings. Tap Done in the upper-right corner of the screen.