Introduction Just when you thought the whole DJ world had been broken into submission by the constant bombardment of all-in-one MIDI controllers, there are still a few companies putting out decks that hark back to simpler times. Granted, turntables have been all but defeated (unless some company want to prove me wrong), but media players are still alive and kicking. 3 years ago, Denon bucked the trend, and building upon their range of media player came out with a direct drive deck - the DN-S3700. Oh how we oooh and aaahed about its loveliness - it certainly felt right, but wasn't quite up to speed with the direction of the market. Pioneer took the external library format, first seen in units like Numark's iDJ2 and put bells on it. Rekordbox was born, as was the whole idea of locally networking multiple units together. And despite the success of all-in-ones in the scene, the word is that slowly but surely, pro DJs are slowly adopting this way of working.

So, a few years on, Denon have dusted themselves off, studied the market, done some soul searching about the 3700 and come up with what they feel is what the industry wants. The Denon DJ SC3900 takes all the good stuff from the 3700, chucks away some other stuff and importantly adds their own new and improved take on the networked library method of working. Disclaimer This is one of those first look pieces, and most definitely not a review. I've been loaned one of the few units in the world, and have a very short time with it.

I have a PC version of their new software and no other drivers as such. Thus, I won't be able to get deep into all the features. So consider this a skim - but a brief glimpse and play with Denon's next big thing. It'll take more than a couple of days to do a proper review of this, and a more complete set of software, and to be honest more than one unit. What's Different? I'm not one for comparisons, but in this case it's a hard thing to avoid. At first look, there is little to immediately differentiate the 3700 from the 3900.

But as this isn't a review, I'm going to gloss over some of the standard stuff and restrict this to things that aren't obvious to the eye, as well as the new features. Cosmetically the pointless metal trims are gone, leaving a sleek all black case.

It looks leaner and meaner and loses some of that excess baggage that really isn't needed. One area that Denon come in for a lot of flack about is their love for squidgy rubber buttons. Clearly that love is still strong, but the important cue and play buttons are now rigid plastic. That'll please some people for sure.

Denon: All So – don’t forget to let us know how it goes for you. If you’ve got any questions about using iPads and DJ hardware together, please ask below. The mid-size hybrid segment is a funny little corner of the automotive world. Most of the players at this table are little more than standard sedans that have had their mechanical innards gutted. A comprehensive guide to unique, original, eccentric, unconventional, and all around 'funky' attire. You can buy such clothes at a number of retailers worldwide, but online shops are much easier.

The screen remains much the same. No fancy smart phone style touch screen here, or even a Pioneer CDJ-2000 non-touch high res jobbie. I guess the new laptop based link feature negates the need, but some will feel shortchanged. Denon's control placement has often bewildered me. The idea of left to right/up and down working has often escaped them, and keeping things in logical groups hasn't always been a priority (why are reverse and dump not grouped?). So it's nice to see that the interface has been made slightly more logical, by moving important source controls above the screen. The pitch controls appear to be the same, but some of the other controls have been rearranged a little too.

You do however get one more hot cue to play with. But this is all info you can glean yourselves. Let's delve into what you can't. The jog wheel appears to be much the same, but the actual performance is one area that Denon have had to do a lot of work to put some of the old demons to bed. Previously, the motor offer 3 levels of torque adjustment, but for the more fussy amongst you its now adjustable in 0.1kg increments from 1 to 3kg.

There are also separate startup and stop controls - finally stepped up to the grownups table instead of offering brake as an effect. That said, I've never EVER had a platter as anything other than instant start - but that's just me. So let's have a look at the demon - sticker drift. I've tried the same samples on CD, USB, hybrid and link modes in Scratch Live and Traktor Scratch Pro 2, and despite hammering the vinyl back and forth, repeatedly spinning and backspinning, and I had no obvious issues.

I'm sure that'll be music to a lot of ears. One parting note on this - I wish the vinyl were a tad bigger (makes cueing and some tricks easier) and had a label. I guess I could stick my own on, but as a vinyl emulating deck, the lack of label makes it feel slightly unfinished. One casualty - effects are gone.

Personally I'm not bothered one bit. These days, it's all about software or mixer effects so forgive me if I don't shed a tear.

Hybrid MIDI A little about hybrid mode - this allows the 3900 to operate in a media-free way by generating a range of control tones which connect to your audio interface as normal, and at the same time, connecting the USB to your computer allows the 3900 to be fully configured as a MIDI controller. So yes, you'll still need an audio interface for it to work, as well as a number of free USB ports for each unit, or employ a powered hub like the Denon DN-HD2500. I got Traktor Scratch Pro 1 and 2 working with it, although the control tone wouldn't calibrate properly onscreen. Performance didn't seem to be effected though. SSL appears to be more of a directly supported unit as it calibrates without an issue and is even named as a control tone in the 3900 menu. On that subject, you get 1, 2, 2.5 and 3K control tones as well as the Scratch Live one. The rest is down to the MIDI maps, of which I have none.

I did however do a really basic mapping and everything worked OK. I do have to say that despite running it on a Quad Core iMac, there is still the tiniest amount of latency, but then again it's still going through exactly the same audio path as control vinyl or CD. A neat touch is the LEDs always lit menu option where MIDI feedback isn't an option. So even if you map properly, you'll still be able to see your controls in the dark. But rest assured, proper mappings are coming with full LED feedback. I just don't have them yet.

So while some will bemoan still needing an audio interface for hybrid mode, you still need an audio interface to use it in MIDI mode anyway. It's the software's dongle, and that's unlikely to change. It does however provide a solid timecode signal, and at the same time allows you to switch to CD mode without having to eject the timecode.

And the 3900 is heaps of fun with Serato Video. But I've said too much.

Link Mode and Engine This is the main selling point of the 3900, or indeed multiple 3900s, and sees Denon dive headlong into Pioneer's new workflow territory, even if they did do it before them. The core of this is a new package called Engine. 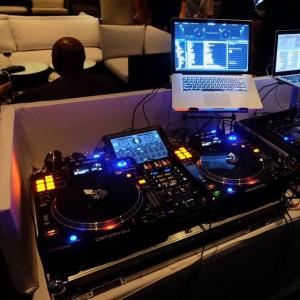 Thankfully this is cross platform, so goodbye to the Windows only world of Denon Music Manager. You can wire up to 4 units together via a router - yes wire rather than wifi, or hook one up directly to your computer.

Each unit is assigned a number so that you can differentiate then from each other. Working with the Mac is easy - fire up Engine, hook up the ethernet cable, press the LINK button and you're off.

And it works in much the same way as Rekordbox too. Engine scans your audio and creates waveforms and BPMs.

You can also add loops and hot cues in the software, all of which transfer via the link to the players. Not only that - you can apply all this to USB devices and leave your laptop at home. Outside of that, Engine works more or less as you might expect. ITunes is supported, as is creating crates and playlists. No smart playlists though, and USB drive support seems to be manual rather than a synchronised thing. To be honest, I'm not bothered about USB support. The link mode works best by far from the laptop.

I did run into stability issues with the Mac version. I don't think it's the software being buggy, but I feel could be more down to its tolerance to particular old MP3s. I did throw some very ancient ones at it, which did seem to give it some issues. It got past them eventually and then all was well again.

I can do that in most software though, and this is only v1. The one thing that Engine has that Rekordbox doesn't is an iPad link. All your media stays on your laptop, but the library is controlled wirelessly. Not having an iPad anymore (yeah I know but I never used it), I can't tell you about how well that works. I'm sure it's a cool idea, but not sold on its practicality. It's not hard to lean over to a laptop, and unless the iPad is nailed down, it'll get battered. See destroyed headphones for proof of this.

Summing up Bearing on mind that I've only got one 3900 to play with, it's hard to really gauge how well this all works. But with the one that I do have, I'm really pleased with the performance. In regular CD or USB mode, it's not really that different to the 3700. Due to a lack of mappings, I couldn't check MIDI platter performance, but was really impressed with the hybrid MIDI performance, and would be even more impressed with a full MIDI map with feedback. But I do like the link mode. It gives you all the features of the 3900, with instant response but without the limitations of having to prepare CD or USB, or having to look into a small screen to load tracks.

Platter latency feels non existent, and the sheer convenience of working from your laptop on a number of devices has been proven time and time again. I'm keen to see how Engine will develop, especially if it becomes more of a 2 way street rather than just a library app. So those expecting something mindblowingly revolutionary from each and every release will be unhappy. This is instead a natural evolution of their flagship deck. The 3900 is essentially a fixed up 3700 with a new workflow that may well signal a range refresh using Engine as the core. From my brief play, I like it.

Not just because of my old school vinyl based mentality, but because I like the variety of workflows and the versatility of the unit. It can be a regular CD deck, media player, MIDI controller and an excellent scratch deck too. The Engine workflow provides a quick and easy way to deal with a lot of music without faffing around with multiple USB devices. 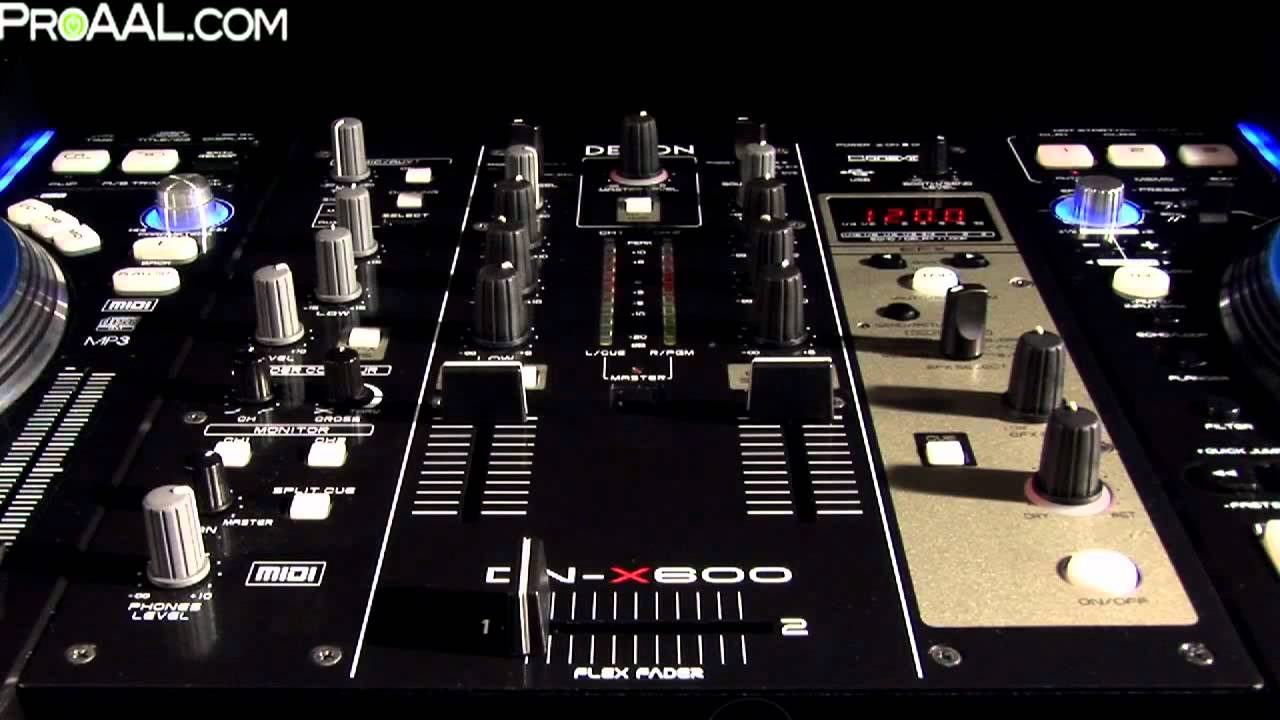 So that's my first look. Scant on detail, but offers more than the press release.